Home » Linguistics » Language as builder of the world II 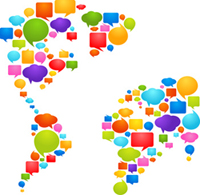